It’s Monday! What are you Reading? is hosted by Sheila at Book Journeys and invites bloggers to recap what they’ve read this week while planning ahead on what to read next! Jen at Teach Mentor Texts and Kellee at Unleashing Readers added their own twist by focusing on kidlit, from picture books up to YA.

Hollow City (sequel to Miss Peregrine’s Home for Peculiar Children) by Ransom Riggs
2014
YA Fantasy
My Goodreads Rating: 5/5 Stars
I think I loved Hollow City more than Miss Peregrine’s, which is saying a lot. I won’t give away any spoilers for either, but this book is fast paced and moves really well. There are so many characters, and it was surprisingly very easy to keep track of what was happening to everybody. Riggs included a lot more pictures in book two and they are fascinating and do not interrupt the flow of his beautiful writing. 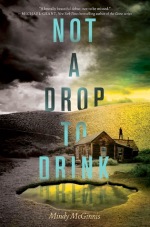 Not a Drop to Drink by Mindy McGinnis
2013
YA Dystopian
My Goodreads Rating: 5/5
Another dystopian survival story, and this time by Ohio author Mindy McGinnis. Water is extremely scarce and Lynn and her mother protect the pond that is their lifeline. Lynn is a fascinating main character and I really enjoyed this story!

Why We Broke Up by Daniel Handler, Illustrated by Maira Kalman
2011
Contemporary YA Fiction
My Goodreads Rating: 4/5 Stars
This was one of my two Random Reads from January. Why We Broke Up won a Printz honor in 2012 and the writing in this heartbreakingly sad book is absolutely gorgeous. There are a ton of old movie references that distract from the storyline, and I’m not sure a lot of teenagers would stick with this one. I loved the pictures of the items that the main character gives back to her ex and how the story ends, but this was a tough one to read.

Two Boys Kissing by David Levithan
2013
YA Contemporary Fiction
My Goodreads Rating 5/5 Stars
I am a huge fan of David Levithan and have been wanting to read this one forever. Two Boys Kissing was nominated for several awards and was even a 2013 National Book Award nominee. The story is centered around the “based on true events” of two seventeen year old boys who take part in a 32 hour kissing marathon to break the Guinness Book of World Records. The book is narrated by a “chorus” of an entire generation of gay men who lost their lives to AIDS. A beautiful and very important book!

Evertrue (Everneath #3) by Brodi Ashton
2014
YA Fantasy
My Goodreads Rating 3/5 Stars
I really liked this series as a whole – it’s based on mythology and is a great love story, but the last book was a little disappointing. It was a slow and the ending was just ok. I know that there are a lot of Everneath fans out there that are a lot more invested in the series than me that are probably really annoyed with how it ended, but I’m not sure there was another way to do it. Students who are looking for mythological infused fantasy will enjoy this one.

Here’s what I plan to read next: (Click on the cover for more info from Goodreads)

I have so many library books on my bedside table right now. I am going to give Doll Bones  another try and am almost halfway through The Impossible Knife of Memory which I can’t put down. Here’s to hoping March is a much better reading month than February!

It’s Monday! What are you Reading? is hosted by Sheila at Book Journeys and invites bloggers to recap what they’ve read this week while planning ahead on what to read next! Jen at Teach Mentor Texts and Kellee at Unleashing Readers added their own twist by focusing on kidlit, from picture books up to YA.

Here’s what I read last week:

The Rosie Project by Graeme Simsion
2013
Contemporary Adult Fiction
My Goodreads Rating: 5/5 Stars
Don Tilman is oddly charming and socially challenged. He’s a genetics professor who never met an experiment he didn’t like. He’s starts the Wife Project was hilarious and sometime disastrous results. I loved this quirky little book so much that when I was only a quarter in, I searched online to see if this had been optioned for a movie yet. And of course it has been because I think this will be a fantastic hit! Crossing my fingers for Bradley Cooper as Don.  He would be absolutely perfect for this role! 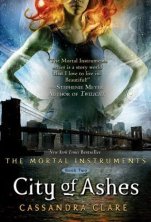 The Mortal Instruments Series, Book 2: City of Ashes by Cassandra Clare
2013
YA Fantasy
My Goodreads Rating: 5/5
I was a little nervous when I started this one and was hoping it would live up to how good The City of Bones is and I actually found myself liking this one even more! Lots of action, angst and more Magnus Bane. 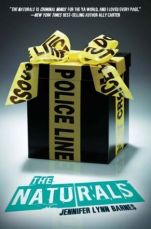 The Naturals, book 1 by Jennifer Lynn Barnes
2013
YA Mystery
My Goodreads Rating: 4/5 Stars
This book reminds me of a little milder version of I Hunt Killers, and I really liked it. I was a little disappointed in who the “bad guy” was, but it still kept me guessing the whole time. This series has a lot of potential. Will definitely pick up the next book when it comes out.

Wait for You by J Lynn (Jennifer L. Armentrout)
2013
Contemporary NA
My Goodreads Rating: 4/5 Stars
This may be my favorite NA book that I have read so far.

Losing It #2: Faking It by Cora Carmack
2013
Contemporary NA
My Goodreads Rating: 4/5 Stars
This is the second book in the Losing It series and it was a pretty good read. I like Carmack’s style of writing and these characters.

Here’s what I plan to read next: (Click on the cover for more info from Goodreads) 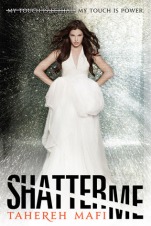 Bomb is STILL on my list to read but I would really like to get to the rest of these books this week. Shatter Me and Unravel Me (One of my favorite series EVER! Warner…. sigh) are rereads in anticipation for Ignite Me which comes out very, very soon and Why We Broke Up is my other Random Read for January.

Random Reads was started by imlovingbooks.com. Readers pick a random book or two from their Goodreads TBR list using random.org and then read it sometime during the month they were picked.

Can I just tell you how excited I was when I stumbled upon this meme? I weeded my Goodreads TBR pile over break, but it still has almost 100 books on it. I love the fact that the books are randomly picked for me too. This adds a little more fun to my reading routine and will expose me to some great books. I mean, once upon a time there was a reason I put these on my list in the first place, right?

Life Is So Good (#16 on my TBR list) by George Dawson and Why We Broke Up (#33 on my TBR list) by Daniel Handler have been on TBR list for three years. While one is about a man who learned to read at the age of 96 and the other a Printz honor book about a break up, I am pretty excited that these two vastly different books will be read sometime this month. 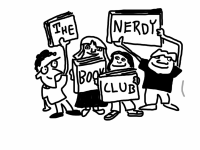